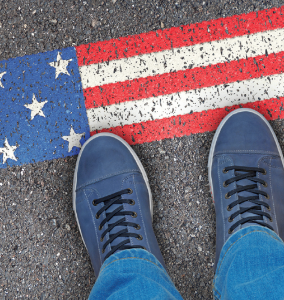 Seven years ago, I was sitting alone in my room in Malaysia, having earned my diploma the month before. I was filled with depression and despair while many of my friends who had just graduated were filled with happiness and were set to either continue their studies or get to work.

My student visa in Malaysia was about to expire, the Syrian civil war had just begun, and I had no place to go except Iraq—from which I had escaped for safety after the killing of my eldest brother.

I had already applied for refugee status by then, but I hadn’t had any response in months. When I called the Malaysian authorities, I was told that applications may take anywhere from months to ten years to be approved.

I replied, “Ten years?! What I am going to do here in Malaysia for ten years? I can’t even get a work permit to get a job here! And my parents aren’t wealthy enough to have me stay here indefinitely.”

I called my dad and told him I had heard there were boats that come from Malaysia and smuggle people to Australia. I told him there were other ways to get smuggled to Europe. “I just can’t stay here,” I insisted.

My dad refused to pay for smugglers. Instead, he said he would be ready to pay if I would take extra courses in Malaysia and see what happens with the refugee application.

I had no choice but to accept that—after all, my choices were limited. But before long, things started to change bit by bit. One of my friends recommended me to a remote company that hired me, so I was able to make some income while I continued to wait.

Months later came a call from the “International Organization for Migration”: I should have a medical check and update my vaccinations so I could be ready to be on a flight—because I’d been accepted as a refugee to the United States!

A few months later—it was now 2013—I got on a plane from Malaysia to Taiwan and another from Taiwan to Los Angeles.

While the flights and stopover were more than twenty hours, I just couldn’t sleep. I was too filled with both excitement and fear—fear that there was no way I could have really “escaped,” because it was too good to be true for me to have a happy, safe life away from danger.

I turned out to be right! A few weeks after I arrived in the United States, the Boston Marathon terrorist attack occurred. It was carried out by extremists who shared the same ideology that destroyed my hometown. Four years later, I started an organization that focused on preventing extremism before it takes root.

While terror has been a theme in my life and the lives of many, so have happiness and rewarding achievements.

I was hosted by a multiethnic secular family in Virginia who supported me emotionally and by offering me shelter until I was able to secure my first full-time job in the country.

Just six years later, I have received a Gold President’s Volunteer Service Award from President Barack Obama, given talks in more than thirty states, and built amazing friendships all across the country and outside the United States as well—in Denmark and Canada, to name a couple places.

My parents were finally able to join me and my siblings here, and we had our first family reunion after almost half a decade.

I was scheduled for my U.S. citizenship civics test in mid-June—almost six years after my arrival—and I cannot wait to be a citizen of this country. I also can’t wait to write more about my reflections as I spend more time in this great country that I now call home.

Faisal Saeed Al Mutar is an Iraqi-born human rights activist and president of the newly launched organization Ideas Beyond Borders (IBB). The mission of IBB is to promote the free exchange of ideas and defend human rights to counter extremist naratives and authoritarian institutions.


Seven years ago, I was sitting alone in my room in Malaysia, having earned my diploma the month before. I was filled with depression and despair while many of my friends who had just graduated were filled with happiness and were set to either continue their studies or get to work. My student visa in …

A New Natural Interpretation of the Empty Tomb

CFI Thinks Outside the Pox

Meanwhile, Back at the Chasm …

On (Soon!) Becoming a U.S. Citizen

Why the Catholic Church Can Never Be Reformed

25 Years Ago in Free Inquiry