It seems unfortunate that climate change is speeding up and pushing us toward the cliff with accelerating force at the same time we are also putting ruthless authoritarians in power all over the heating-up planet. Maybe the two are not coincidental but linked—I suspect there’s a hope that if the authoritarians are authoritarian enough, they will be able to force climate change to go into reverse. It’s as if we think of climate change as a personal enemy, a force with a mind, a bigger scarier Hitler or Stalin, so that we need super-tough Strongmen to overpower it and make us safe again.

It’s happening faster than expected, so maybe that means we really should get serious now and do something about it. Then again, many of us already do take it seriously and would like to do something about it, but the Trumps and Bolsonaros are energetically pulling in the opposite direction. Brazil’s Jair Bolsonaro burns down more of the Amazon; Donald Trump pulls the United States out of the Paris climate accord and withdraws California’s right to set more stringent fuel economy standards. It’s absurd but true that the future of the planet is being determined by such trivial sources as right-wing television channels and Twitter trolls.

We’re clever enough as individuals, but not enough as a collective, especially a collective of seven billion people. We can’t get everybody to act in the interests of everybody, and we can’t get our present selves to act in the interests of future people. Put the two together—billions of people, and a century from now—and you get the stampede toward the edge.

To cap it all, we’re clever enough to see, belatedly, that it’s happening—but not clever enough to act on what we see. It’s as if an advance party has reached the edge of the cliff to see a pit of fire on the other side. They try to signal those farther back to stop, to turn around, to go back—but the others can’t hear, they press on, and on, and on …

The International Panel on Climate Change (IPCC) report tells us there are seventeen major coastal cities on Earth vulnerable to the floods and sea-level rise that are going to happen. There are also of course minor cities (under five million people), towns, villages, and farms. That’s 28 percent of the global population—some two billion people. Where are they going to go? When they do go, how are they going to pay for it? How is anyone else? We can’t assume they can all eat the loss of their houses and possessions and livelihoods, and just go inland and start over—not two billion of them. The vast majority will be traumatized and destitute.

And it’s not as if inland will be fully intact and thriving and able to absorb millions of desperate refugees without a ripple. Inland by that time will have already been dealing with piecemeal population movements for years, and will be stretched thin at best. At worst, inland will be scarred by wars and genocides. 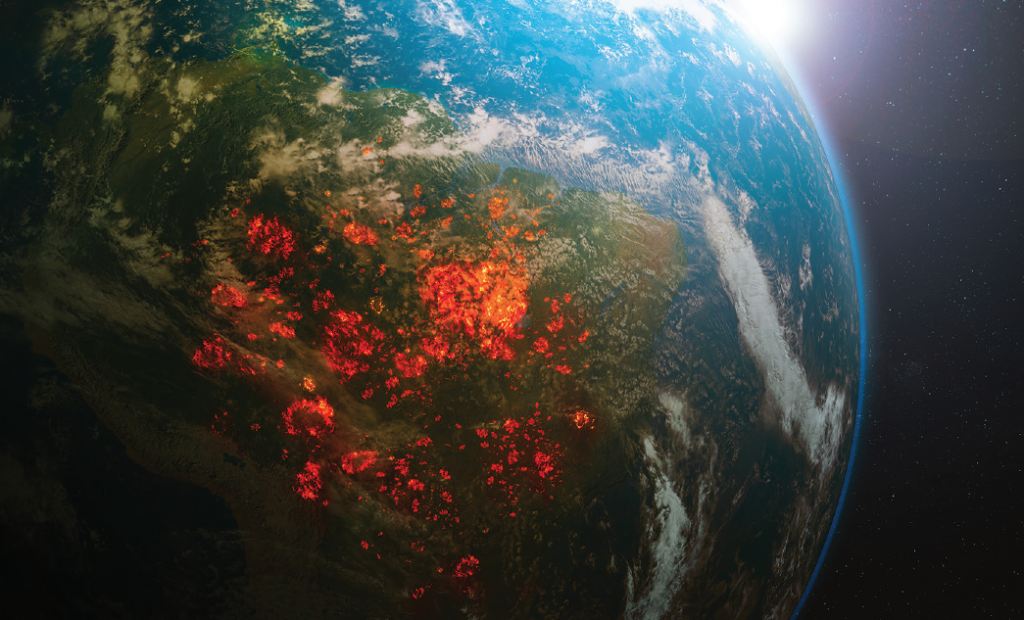 All this is documented; we can see it if we choose to, but many of us look fixedly in the other direction. We have the IPCC on the one hand, and Fox News on the other. Libraries worth of data on rising temperatures, dying bees, disappearing salmon, melting permafrost—and Russian trolls, lobbyists, bot accounts on Facebook and Twitter. We have intelligence and stupidity, responsibility and recklessness, mingled in one species and duking it out while the planet we stand on fries to a crisp.

It is possible that intelligence in the wrong kind of species was foreordained to be a fatal combination for the biosphere. Perhaps a law of evolution is that intelligence usually extinguishes itself. This admittedly dour scenario is based on what can be termed the juggernaut theory of human nature, which holds that people are programmed by their genetic heritage to be so selfish that a sense of global responsibility will come too late.

Nothing has happened since to make that dour scenario seem less likely.

Ophelia Benson edits the Butterflies and Wheels website. She was formerly associate editor of Philosopher’s Magazine and has coauthored several books, including The Dictionary of Fashionable Nonsense (Souvenir Press, 2004), Why Truth Matters (Continuum Books, 2006), and Does God Hate Women? (Bloomsbury Academic, 2009).