Although I have fished in many places, I have always avoided the murky waters of biblical interpretation. Nevertheless, after reading yet another rendition of John 21—the verse about Peter’s boat fishing all night without success and Jesus’s “miraculously” filling its nets with 153 fish—I feel compelled to raise some issues.

First, let’s talk fishing facts, which—no surprise—the Bible muddles. As Israeli fishing expert Mendal Nun has explained, Peter was undoubtedly fishing with a trammel net, which is three nets in one. Sandwiched between two nets with large openings is a fine meshed net. Head and weighted foot ropes connect them. Once a school of fish is spotted, the net is set out in the water, parallel to the shore, and then fishermen stomp on the lake bottom and beat the water with the oars to drive the fish into the net. Fish swim through the larger opening but are then entangled in the finer net. From both ends, the net is slowly gathered to create a “barrel” from which trapped fish cannot escape. To prevent unentangled fish from jumping out of the net, a “veranda” net is tossed across the water surface of the barrel: this is simply another trammel net attached to reeds at each end. The veranda sinks, trapping fish on the bottom. The fishermen would then dive and retrieve any fish that were caught in it.

Now according to John 21, Jesus told Peter to cast his net off the right side of his boat, and lo and behold, the net filled with 153 big fish. According to Nun, these fish were almost surely barbels, which, the Bible says, Peter and his crew hauled to their boat and then towed to shore. This account cannot be historically accurate. Even if we allow for Jesus’s ability to make 153 fish appear—and no experienced fishermen would—Peter needed to use a trammel net as Nun has described. A simple casting net would not hold 153 barbels, a type of carp that typically weighs two to six pounds each. Moreover, once Peter had set his trammel net, to prevent 153 fish from escaping and prevent damage to the nets, Peter would not have hauled the fish to his boat and then towed them to shore. Rather, as Nun has explained, divers would have had to jump in to retrieve them from the bottom. None of this is mentioned in the biblical passage: it’s as if, with a flick of Peter’s wrist, the fish were captured, and with a few strokes of his oars, Peter landed them. This is not only nonsense but an insult to the fishermen of that era. As James D. Campbell has noted, while the fishing industry of Jesus’s day was highly profitable, “it was strenuous work and needed major organization.” 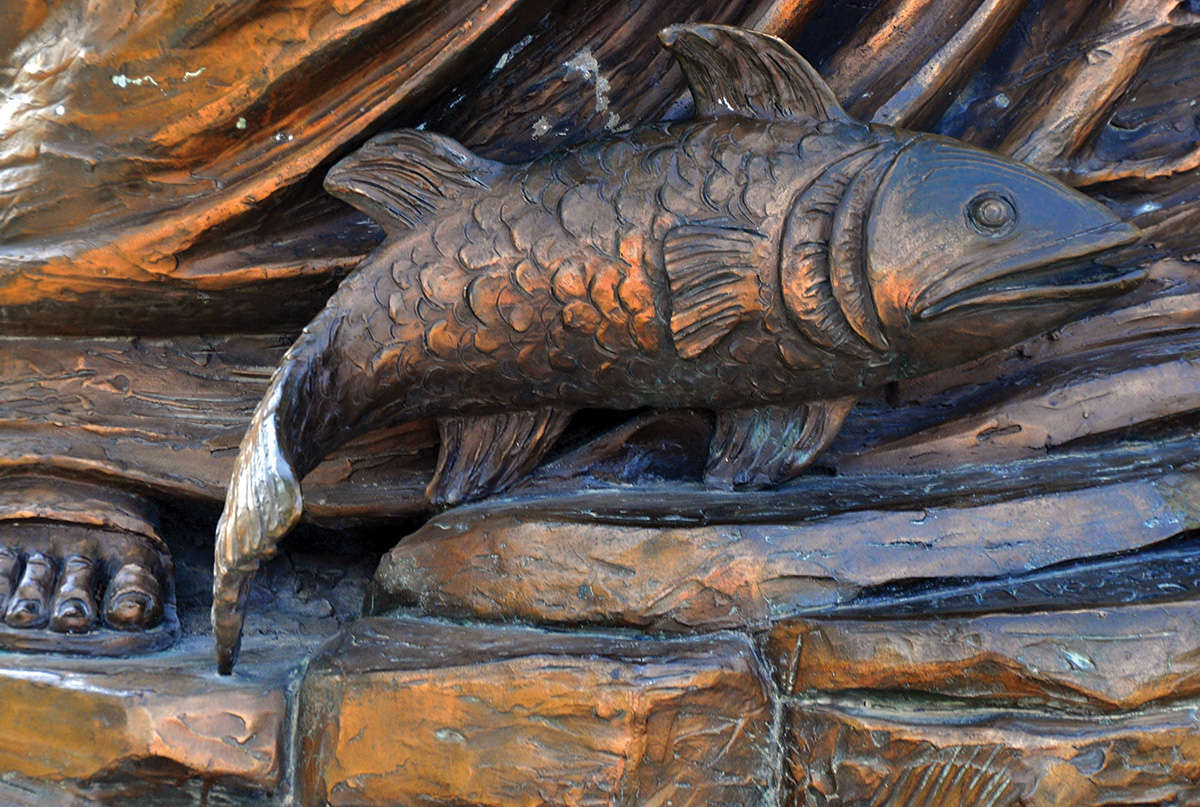 But the real issue with this passage is not the Bible’s historical accuracy, which few academics take seriously. Rather, the issue is that Jesus then commands Peter to become a fisher of men. Interpreters of this phrase usually praise Jesus for recognizing that Peter and his crew’s work ethic and ability to follow orders would make them great disciples and evangelizers. Disciples, yes, but what kind of evangelizers would they be, given their skills? After all, successful fishermen aren’t rhetoricians; rather, they excel at using deception. A fisherman casting his line hopes the fish will perceive his bait as real food, strike at it, and then at its death serve the culinary or economic interest of the fisherman. In Peter’s case, foot-stomping creates the illusion of a threat that frightens the fish to swim toward his crew’s net. There the fish are—for lack of a better word—ambushed. On an ethical level, one could argue that just as trawlers today indiscriminately sweep unwary fish to die, Peter’s method was less moral than using a hook-and-line method to fish. With hooked bait on a line, fish at least have the opportunity to size up the bait before striking. Underwater photography has shown that fish will sometimes follow bait for miles, inspecting it constantly before deciding whether or not to strike.

Christians often characterize Peter as an “unlikely hero,” chosen as the first apostle despite being unschooled and having an impulsive, boastful personality—a man more of emotion than reason. Before being ordered to sheath it, Peter once drew his sword to attack the servant of a high priest. But Christ’s choice was not unlikely and was in fact quite logical: In seeking someone to be a “fisher of men,” Christ needed a master of deception, someone who could forcefully testify to his so-called “miracles” not by marshalling evidence but by using deceptive language to persuade the public that Jesus was a god. Despite being ordinary, Peter was often said to be “eloquent.” His deceptive eloquence was, of course, turned against Christ himself when Peter thrice denied knowing him. Yet Christ’s choice of Peter still paid off: in the Bible, the master of deception is the first to posit Jesus as the son of God.

Peter was also a logical choice given that he is a biblical myth used by popes to consolidate their own divine authority. In The Invention of Peter, George Demacopoulos shows that Peter (in the words of Candida Moss) “never visited the city of Rome, never founded a church there, and was not the first pope.” His alleged role as the “rock” upon which Christ built his church was not recognized until the fifth century when Pope Leo the Great, struggling to consolidate his power, declared himself the heir of Peter to command the loyalty of other bishops. Later Popes Gelasius and Gregory the Great also claimed to be Peter’s heirs “when they were trying to control, diminish, or outwit other rival Church leaders.” As Demacopoulos puts it, rhetorical claims of papal authority “were almost always born of insecurity and weakness.” Just as Christ needed Peter’s eloquence to substantiate his so-called miracles, popes hoped to establish their authority as so-called “infallible” leaders of the church by claiming blood ties to Peter. The lesson: if you want to persuade others of your divinity, employ a master of deception.

Today, fishermen are stereotyped as exaggerators, even liars. The stereotype is so prevalent that many of my fisher friends take pains to minimize the number and size of their catch. Could it be that Peter is the original poster child for that stereotype? And that even atheist fishermen such as me are forever tainted by fishing’s implicit association with him?

Mark Kolsen lives in Chicago and has been a regular contributor to American Atheist Magazine.


Although I have fished in many places, I have always avoided the murky waters of biblical interpretation. Nevertheless, after reading yet another rendition of John 21—the verse about Peter’s boat fishing all night without success and Jesus’s “miraculously” filling its nets with 153 fish—I feel compelled to raise some issues. First, let’s talk fishing facts, …

Why the Christ-Myth Controversy Won’t Go Away

The Quest for the Mythical Jesus

I Was Stripped of Personhood by Religion:  Atheism Saved Me

Secular Europe: Blasphemy on the Books