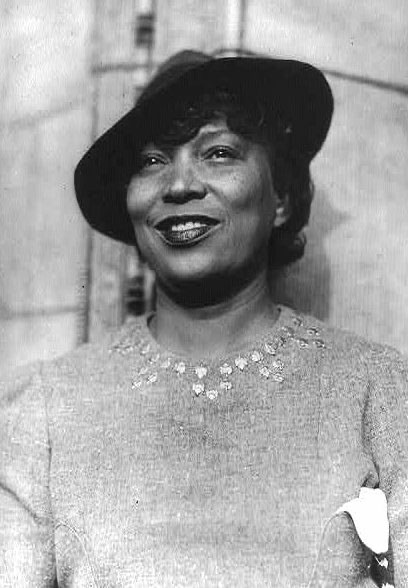 When you think of famous past American atheists, who comes to mind? Robert Green Ingersoll? Elizabeth Cady Stanton? Mark Twain? Clarence Darrow? Carl Sagan? Madalyn Murray O’Hair? No matter who’s on your list, it’s a safe bet that most are white males. As Melanie Brewster notes in Atheists in America, “studies find almost unanimously that atheist identification is less common for women and for people of color and that levels of religious involvement are higher for these groups.”

On most published lists, it’s especially difficult to find black women. In By These Hands: A Documentary History of African American Humanism, editor Anthony B. Pinn offers eleven personal accounts, nine of whom concern males with familiar names such as Richard Wright and James Baldwin. Of the twenty-four famous black atheists listed by the online site Black Atheists, men such as A. Philip Randolph and W. E. B. DuBois prevail. Only seven are women, and most of those are late twentieth-century figures such as Lorraine Hansberry and Alice Walker. In his Huffington Post piece “Famous Non-Believers in History,” David Niose names twenty famous American atheists. Only three are black; none are black women.

However, on almost all lists, one black female name is listed: Zora Neale Hurston, who lived from 1891 to 1960 and who may be the first black female atheist in American history. Most famous for her 1937 novel Their Eyes Were Watching God, Hurston was an anthropologist who wrote numerous short stories and plays. In May 2018, Harper Collins published Barracoon, a book based on Hurston’s interviews with Oluale Kossula, the last survivor of the transatlantic slave trade.

Hurston’s atheism is most evidenced by “Religion,” the oft-quoted fifteenth chapter in her autobiography Dust in the Tracks. As a youth and adolescent, Hurston had many questions. If people had witnessed “sights and scenes around god’s throne,” why didn’t they look and act differently from other people? Why did God make babies with no teeth and force them to suffer the pain of teething? Why did God hate for children to play on Sundays? Why did people make passionate declarations of love to a god they couldn’t see? And if people were “saved” by Jesus’s death, why are we considered “sinners” with whom God always finds fault?

Hurston’s atheism crystallized in college, where she studied history and philosophy. In Chapter 15, she satirizes how, in the fourth century, Constantine suppressed atheism and made Christianity the only tolerated religion:

No revival meeting techniques were needed … the way he brought sinners to repentance was nothing short of miraculous. Whole tribes and nations fell under conviction just as soon as they heard he was on their way. … Constantine took up with force where Paul left off with persuasion.

She then offers a speculative scenario under which “military might [will] determine the dominant religion of tomorrow.”

people need religion because people fear life and its consequences. … Men seek an alliance with omnipotence to bolster up their feeling of weakness, even though the omnipotence they rely on is a creature of their own minds … strong, self-determining men are notorious for their lack of reverence. Constantine, having converted millions to Christianity by the sword, refused the consolation of Christ until his last hours.

I do not pray. I accept the means at my disposal for working out my destiny. It seems to me I have been given a mind and will-power for that very purpose. I do not expect God to single me out and grant me advantages over my fellow men. … Prayer seems to me a cry of weakness, and an attempt to avoid, by trickery, the rules of the game as laid down … organized creeds are collections of words organized around a wish. I feel no need for such. However, I would not, by word or deed, attempt to deprive another of the consolation it affords.

Most often quoted is Hurston’s reflection on death:

Nothing is destructible; things merely change forms. When the consciousness we know as life ceases, I know that I shall still be part and parcel of the world … I shall return with the earth to Father Sun, and still exist in substance when the sun has lost its fire, and disintegrated in infinity to perhaps become a part of the whirling rubble of space. Why fear? … I am one with the universe and need no other assurance.

Hurston began attending Howard University in 1918, and if we use that day to mark her full transition to atheism, then she may well be the first black female American atheist. In Moral Combat, Sikivu Hutchinson nominates Nella Larsen as the first explicitly black atheist writer of fiction. Likewise, in The Negro’s God, Benjamin Mays quotes Larsen’s novel Quicksand as the earliest example of “God does not exist” in black literature. But Quicksand was published in 1928, ten years after Hurston matriculated at Howard. And although Larsen’s main character, Helga Larsen, is loosely based on Larsen’s life, she is still a fictional character.

Recognition of Hurston’s atheism has been hampered by Wrapped in Rainbows, Valerie Boyd’s award-winning biography of Hurston. While Boyd spends pages detailing Hurston’s anthropological research into, and experiences with, hoodoo and voodoo, she offers little in-depth information about Hurston’s own religious beliefs. In her analysis of Dust in the Tracks, Boyd fastidiously avoids Chapter 15 on religion.

In fact, in her final paragraph, Boyd misleadingly suggests that Hurston, “born in Macedonia Baptist, warmed by the fire of hoodoo and voodoo,” found a “resting place in Eastern philosophy” and therefore felt that death “was not the end” for her. As evidence, Boyd quotes Hurston’s sentence that “I shall still be part and parcel of the world,” a statement taken out of its Chapter 15 context and one with which every atheist could agree. Was it too much for a Southern black female journalist such as Valerie Boyd to recognize Zora Neale Hurston’s atheism? Did she suspect that critics would respond less favorably to a biography that celebrated the life of an atheist?

I have emailed Boyd for an explanation but received no response. No matter what her motive or reason, Boyd’s widely read Wrapped in Rainbows—named Hurston’s “definitive biography” by the Washington Post—omitted the strong evidence for Zora Neale Hurston’s atheism.

Of course, it’s impossible to ascertain the “first” black female atheist. Because many late nineteenth- and early-twentieth-century atheists stayed in the closet, Hurston may just be the first black female to publish her views. In a recent Huffington Post piece, one black female atheist said that even today, in 2018, “You commit social suicide as a black person when you say you’re an atheist.” Imagine the courage needed to do it a century ago.

But that’s just another reason we should recognize, and read, Zora Neale Hurston: a black female atheist with extraordinary courage, intelligence, character, and a sharp sense of humor. I wish I had met her. Nay, I wish I had her as a student. I would have learned a lot from her.

Mark Kolsen lives in Chicago and has been a regular contributor to American Atheist Magazine.


When you think of famous past American atheists, who comes to mind? Robert Green Ingersoll? Elizabeth Cady Stanton? Mark Twain? Clarence Darrow? Carl Sagan? Madalyn Murray O’Hair? No matter who’s on your list, it’s a safe bet that most are white males. As Melanie Brewster notes in Atheists in America, “studies find almost unanimously that …

What Can Historic Sites Tell Us about the Movement for Women’s Suffrage in New York State?

God and Woman Suffrage: In the Beginning

Life Exceptionalism vs. the Chemical Machine

Republicans Are Hazardous to Your Health